Social etiquette versus original comfort of invisible under t-shirts

Interview with Mrs. Hana Vydrova, the owner of Covert Underwear, lector of etiquette. 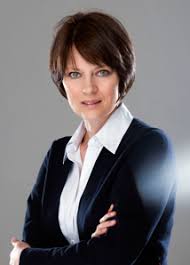 How ,,social etiquette‘‘ brought an invisible under t-shirt?

It was an incredible coincidence that we made our first under t-shirt. I have never been very ambitious to run a clothes making company, but I am a lector of etiquette and a lot of men were asking me ,,what should I wear under a shirt?”. I said  that they should wear a regular undershirt but they opposed that It does not stop making wet spots under their armpits. So I said t-shirt. In that moment, one man on my lecture stood up, took off his shirt and said ,, I am wearing a white t-shirt but it doesn’t look very good, it is too bright under the shirt”. I had an answer – buying a beige t-shirt would solve the problem. All of the men in the room were staring at me and told me that it is impossible to find and buy beige t-shirt. I did not believe it so I started looking on the internet where they can buy a t-shirt like that. I did not find anything like that so I had an idea to do that.

I copyrighted my idea and I wanted to sell that to somebody and just “sit in the chair and let the money flow to me” but it does not work like that, of course. Nobody wanted to buy it, everybody told me that those ugly t-shirts men won’t buy. So I decided to find a company that would sew my t-shirts and start selling them by myself.

What is unique about invisible t-shirts?

The first step is material. I choose very soft 100% cotton material which was used only for women’s underwear until that time. It is very dense but soft and thin. I wanted it to be wearable also in the summer. The material is also very flexible so the person who’s wearing it does not even feel the t-shirt on his body. They are seamless and cut by heat, so they are very invisible. The cotton that we use does not tend to stink. I’m ask very often what do I add to the material that it doesn’t stink even when the person wearing it sweats a lot. The answer is nothing, it is just a top quality cotton.

Our t-shirt are a bit longer so you can easily tuck them in your pants and they are cut to V neck shape.

Was this product already on Czech market when you started it?

No, it was not on Czech market but not even anywhere in the world. It is almost unbelievable but we were the first company in the world who started this.

How long does it take to get  from an idea to the final product?

From the first idea to the moment when I had a first box of invisible under t-shirts at home, it took about 3 years. And then there was another big task in front of us, to convince men that they need this product. Trying to sell something that should not be seen is really hard. So our motto is “Now you see that you don’t see anything!”

Our material is really unique. An unique long fibers that are needed to make this material. And there is only one company able to make this material and it’s Pleas in Havlickuv Brod, where we make our t-shirts. When we started to have more orders from clients, the company wanted to have some partner company that would help with the manufacturing but they did not find anyone qualified enough.

The same material is now used also by company Schiesser (but only for woman underwear) and it is sold as their Luxury collection.

There are some fake invisible t-shirts in the Czech republic as well as in the world. They copied almost everything – length, color, V neck – but never our unique material. They usually use “modal” but it is not the same. Those are regularly sewed and the material is stronger and heavier. This “modal” material supposed to be natural material (from bamboo) but it’s not always like that.

Do you know the difference between modal and cotton? Cotton grows on fields, it has fibers created by nature, they are processed by spinning and the fiber is ready. Chemically the cotton is cellulose – polysaccharide composed by glucose particles. Modal is chemically processed viscose. And viscose is made from cellulose. Cellulose is gained from plants for not only making viscose but also for making paper, etc.. But then the cellulose is chemically liquefied and to make the fiber it is injected to a gas that makes it solidify again. It is questionable if this can be still called natural fiber. Yes, the raw material is natural but the whole process is basically chemical.

I quick story with chocolate. I studied food technology school and my friend does confectionary research for some company. She told me that they are still trying to find a substitute for cocoa butter. It is a fat from cocoa beans and it has an unique attribute – it stays hard when you heating it up but at some point it melts all the way to liquid. And because this cocoa butter is an expensive raw material they are still trying to find and make something as good as cocoa butter but cheaper. And it is the same thing in the textile industry. Still trying to make the fibers cheaper, but as good as original. But at the end of the day nature is nature and nothing as unique as cotton cannot be made my men.

Last year, you expanded your range of product, you added some underwear and boxers. Can you tell me something about it?

Top quality cotton and seamless underwear. Men underwear cut was recommended by Pleas as the men’s most favorite cut. Women underwear was created by us. They are high-waist and covers also buttocks. Our underwear has a rubber in a tunnel , which is not the most good looking thing but we want the maximal comfort – especially in the summer.

Where is it made?

As I said, everything is made in Havlickuv Brod, in Czechia and we are very proud of this.

I’d like to ask a few questions about your job as a lector of etiquette and the owner of education agency. What subject are the most interesting for your clients?

I teach etiquette for very different groups of people. That means daily basis etiquette, business etiquette or even high social etiquette. The rules are almost the same, they grow but not that fast. It develops but the basics are always the same. The most popular courses are Networking and Small talk.

What changes do you see in social etiquette in last 20 years?

Positive thing is that people started to take etiquette seriously. I thing that is because of promotion by Mr. Spacek. Even when I teach it for a longer time, he had a possibility to present it in the TV and his popularity helped a lot. On the other hand I feel like the “ordinary decorum” is getting lost. Like greetings, saying thank you, apologies, etc.. but that is not something that can be taught by a lector, this need to be taught by parents since childhood. But I thing that our society is growing. I’m glad for that.

Last question, Do you have any funny story?

One time, this man told me on the beginning of my lecture that he thinks this is a waste of time and he has a better thing to do and that the company is just loosing money with lectures like this. I always ask people why they came and people like this I call “prisoners”. First 60 minutes he was sitting with his hands crossed looking annoyed. At the end of the second hour he came to me and told me that he is not a prisoner anymore and now he understand how important and interesting it is. I guess it is not typical funny story but I am always very happy when people like my lectures.